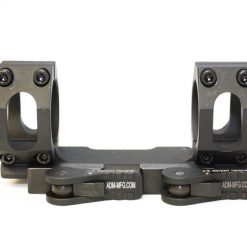 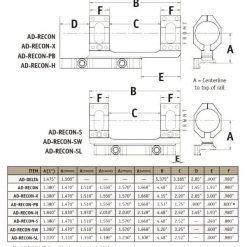 Similar to the standard AD-RECON mount, the AD-RECON-SL mount is made for putting high power/ high quality glass onto a flattop style AR platform or bolt action rifle. The AD-RECON-SL is a no-frills, no-nonsense scope mount with zero eye relief built in. It is precision machined from 6061 T6 aluminum and expertly finished in hard coat T3 Mil-Spec anodize. The mount features the patented QD Auto Lock™ Lever system that accommodates both in and out of spec rail systems, for an always solid mount for your optic.

The AD-RECON-SL mount is precision CNC machined from a solid block of 6061 T6 aluminum and finished in hard coat type 3 Mil-Spec anodize for a rock hard lasting finish.