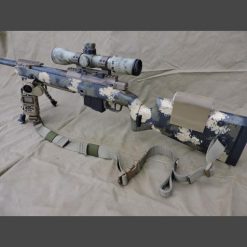 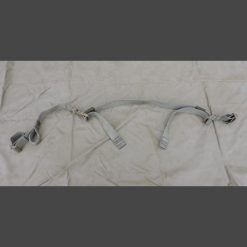 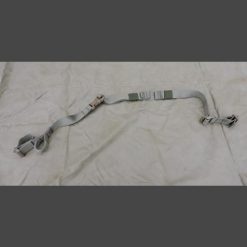 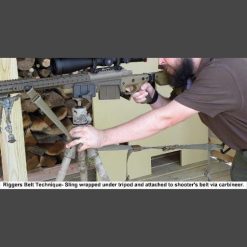 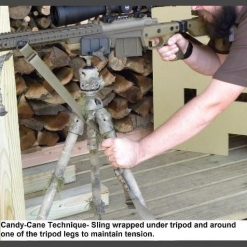 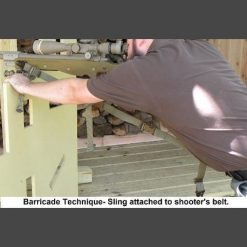 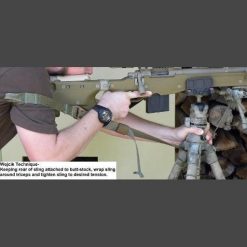 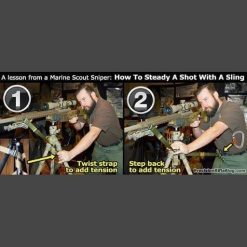 INCREASE YOUR STABILITY BY 75%

The Enhanced model has added an adjustment tail at the front of the sling for easier one-handed adjustment during patrol carry. This sling adds a few upgraded features over the standard SS Loophole Sling, making it not only an excellent choice for PRS competitors/ Long-Range rifle shooters, but an excellent choice for those who run Short-Barreled Rifles, Precision Gas Guns, and Short Barreled Primary Weapon Systems as well!

A two-point rifle sling designed for unconventional firing positions to maximize shooter stability. Specifically tailored for individuals who shoot off of tripods and barricades, as well as shooters who are looking for the lightest set-up possible for their weapon system.  Gone are the days of having to settle for a ‘Precision Rifle’ sling that weighs over a pound because of needless bulk and extra, unnecessary hardware, and high prices for features that you don’t need.  Why add almost a 5th of your rifles weight to your set-up just by adding a sling, when you can get all the features you need in an excellent, durable rifle sling that only weighs 4.8oz!

The sling does NOT come with attachment hardware – we suggest Grove Tec Heavy Duty Flush Cup studs, but you can attach your own hardware easily.