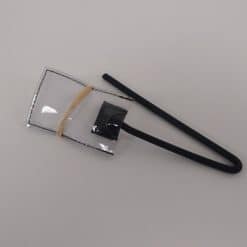 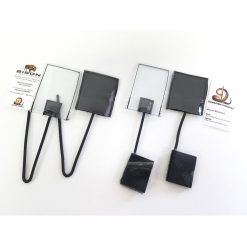 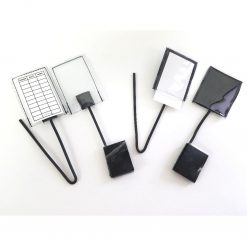 Bison Tactical now carries the New generation Python dope card holder from Sidewinder Industries (Marcus Blanchard).  These new versions are entirely clear, allowing the use of both sides of the data holder for twice the display!  Additionally, the clear plastic is cut longer to better protect your data card.  All the original features have been retained providing a better data holder, which is why we have switched over to only carrying the new generation.

The Python from Sidewinder Industries is very similar to the original Sidewinder dope card holder. It allows you to easily display your shooting data where you don’t have to break position to confirm your drops (as you would with a wrist coach). Instead of using Velcro however to attach to the rifle stock, the Python wraps around the rifle or scope using a longer pliable arm, so you can easily adjust where the Python is positioned, or move it to another rifle.

Python dope card holders from Bison Tactical come with a re-usable Storm-Proof data card printed with a grid for Elevation, Range and Wind, and give you 10 target positions on one card !

The Python and Sidewinder are one of the best values for a dope card holder for PRS.  They are inexpensive, reusable and stand up to long term use and wear and tear.

Really like to Python's portability, visibility and quality. I'm able to keep my head in position vs. looking at an arm board or tape on my wrist. Really enjoyed the customer service from Bison Tactical...the phone call was top notch!