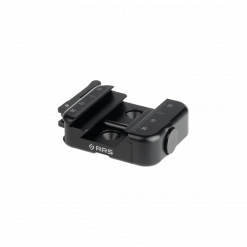 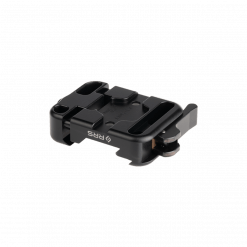 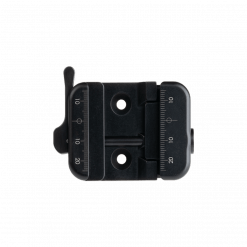 *The ARMS-LR is being discontinued and replaced by the SC-ARC SOAR CLAMP.*

The RRS ARMS-LR SOAR Bipod Clamp is a quick release clamp for bipods which connects to both RRS compatible ARCA dovetails and picatinny rails. With a low profile 3-position quick release lever, the user can easily adjust, attach, and detach their bipod with ease. Made from stainless steel, the lever packs 50 lbs. of hold pressure, and is self lubricating due to a bronze bearing surface. Additionally, the lever can be spun 180 degrees to operate in the opposite direction. Learn more about RRS here.

We sell B&T Industries Atlas PSR bipods without the factory clamps, this allows you to install your own clamp such as the The RRS ARMS-LR Bipod Clamp. You can browse our PSR bipods here.